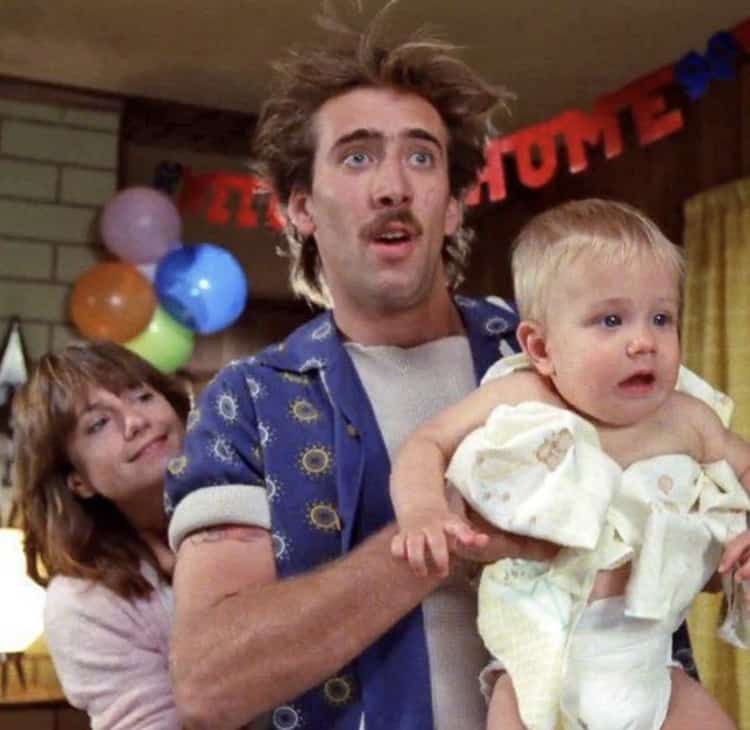 My favorite Coen brothers’ film is Raising Arizona. It’s the story of a soft-hearted, ex-con husband H.I. McDunnough and his infertile wife, Ed, who decide to kidnap a quintuplet in Tempe, Arizona because his real parents already “have more than they can handle.”

It’s full of frantic fun and makes me laugh out loud and the dialogue is the best.

On discovering that they’re unable to have children, H.I. says that…

Edwina’s insides were a rocky place where my seed could find no purchase.

Or this poetic speech by H.I. about the Lone Biker.

He could turn the day into night and lay to waste everything in his path. He was especially hard on little things-the helpless and the gentle creatures. He left a scorched earth in his wake befouling even the sweet desert breeze that whipped across his brow.

I feel this thunder gathering even now…I cannot tarry. Better I should go, send you money, and let you curse my name. Your loving – Herbert

Another way Joel and Ethan Coen emphasize dialogue is with the film technique shot reverse shot. They’ll film one shot facing one character. Then they’ll reverse shot so that the camera is turned toward whatever the character in the first shot faces, usually another character.

The Coens like to isolate each individual, and they often use a wide lens to exaggerate the face and get up close and personal and this way, the viewer can hear every word of the incredible dialogue. Here’s a video about how they do it.

My favorite scenes in Raising Arizona are the comical choreography in the stealing the baby scene and the car chase with the Huggies diapers.